Webhooks allow you to receive emails and/or HTTP requests when triggered by events on the Dialogtrail platform.

You may select one or more of the following data as requirements for a webhook to be triggered.

For example, you may create a webhook triggered by the VARIABLE_UPDATED trigger but you only want it to be triggered if Dialogtrail has the user’s email address. In order to achieve this, you can set EMAIL as a requirement.

Enter the target email addresses that the email should be sent to. You may set the subject and content to anything you want including placeholders (see below) or leave them blank for an automatically generated email. 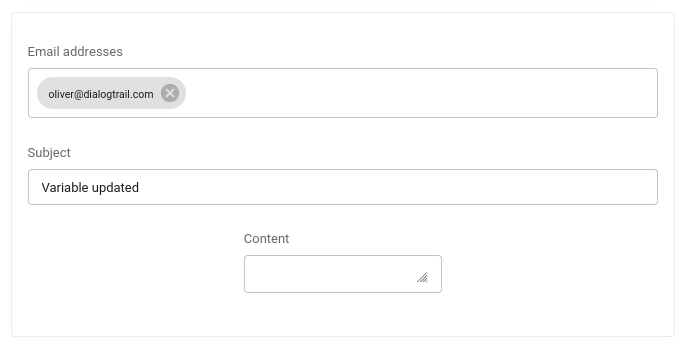 Specify the URL, method and body you want to use, optionally along with authentication. Both the URL and body may include placeholders (see below). 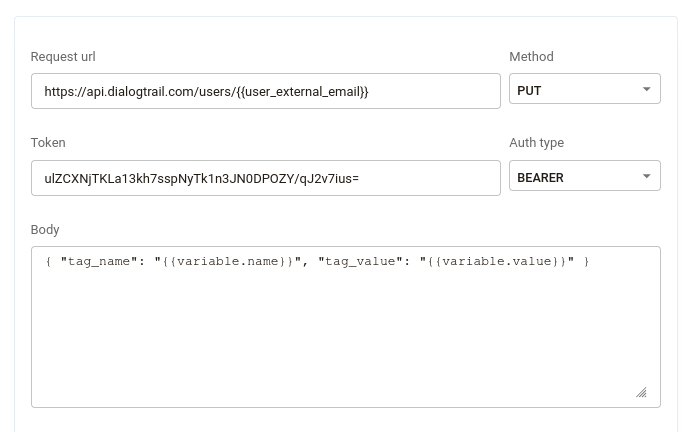 You can test your request by clicking on Done. The request will be sent according to your specification with example placeholder values.

Placeholders can be user for both emails (subject and body) and HTTP requests (url and body).

Which placeholders that are available depends on the trigger type.